Trillions have been stolen, with trillions more still at risk. Public confidence is the critical enabler that keeps the crime in motion. If that fails, the charade comes to an end. Staying informed is imperative.

Is there a topic more dry and uninteresting than interest rates? What if I told you that behind a simple rate of interest there is today a conspiracy? Would it help if you were drawn in by a tale of felony theft or white-collar crime on a scale never before imagined? If you thought that the details of the Bernie Madoff trial were intriguing, or that Jeffrey Skilling, the mastermind behind the Enron scandal, kept you on the edge of your seat, perhaps the topic of interest rates wouldn’t be so boring after all. If the word “retirement” has crossed your mind or will do so in the next 10 years, your self-interest should be piqued. In truth there is far more at stake today with a yield curve[1] than with the curved blades of a hundred radical assassins. 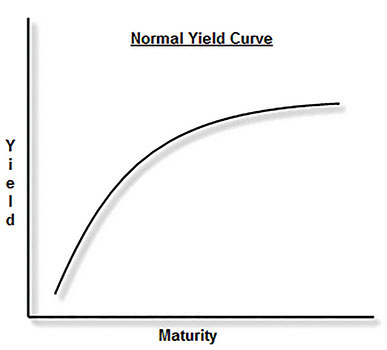 Appearances and reality are often two different things. If you want the scoop, the exposé, the inside story, you will usually have to do some sleuthing and not be easily satisfied with appearances. Life is full of problematic backstories that are overlooked because of the neat, the clean, the tidy, or the boring elements, which just don’t jump off the page demanding attention. Bernie was on the board of NASDAQ. Jeffrey’s MBA was from Harvard, with extensive consulting experience from McKinsey and company. These were not men who should have been taken at face value. It was necessary to dig deeper and prevent a surface appraisal from sucking one into their catastrophic confidence games.

Let’s begin with the basic elements and build toward the conspiracy, the crime, and the crisis.

How Is the Interest Rate Set?

If money is loaned out, there is a cost to the borrowed capital that everyone knows as interest. You may have borrowed money from a bank in the form of a mortgage or home equity line of credit. Businesses also routinely borrow someone else’s money (either bank loans or bonds) for a fee. They do so in order to expand their enterprise and make money in excess of the loan costs. In each case there is an appraisal done by the lender on the character and financial condition of the individual or the nature, strength, and viability of the business. On the outcome of that assessment the interest rate is assessed. You are yawning—and probably wondering when the plot will thicken. That would be now.

Interest rates matter. They matter a lot. They are like your senses: They tell you when things are safe, when they are risky, and when they are downright dangerous.

In finance, they reflect the lender’s judgment of the borrower, along with the time element involved in paying off the loan. Is this entity or person going to pay me back? Do they have evidence to show that they will do so? Are FICO scores and financial statements sufficient evidence of their capability to repay the loan? Will something happen before the loan is paid off, creating more risk in the economy and thereby preventing or delaying repayment?

Underneath a mountain of documentation lies one simple signal that communicates universally how much risk there is—because that is what the lender of money is being compensated for: putting capital at risk for a specified period of time.

Rates tell the whole story—unless they are prevented from doing so. That happens when there is a conspiracy of interests that intentionally corrupts the signal sent to the market, and thereby manipulates the pricing of the loan.

We have recently witnessed such manipulation. We saw it in the well-documented, massive manipulation of the London Interbank Offered Rate (LIBOR), which resulted in huge fines levied against the co-conspirators. Those conspirators manipulated rates to establish an advantage for a select few in the banking community, and profited handsomely at the public’s expense.

Their penalty? They had to give back a small portion of their profits. I’m sure they learned a lesson.

Curiously, the rates that control the pricing of mortgages and serve as a benchmark for all corporate debt have been manipulated to an even greater degree, but with complete immunity from prosecution. This is because, first, the untouchable Federal Reserve is the chief culprit, and second, because the Fed is carrying out its nefarious deeds under the auspices of a widely accepted theory that prescribes such actions “for the greater good.”

Blaise Pascal suggested that “men never do evil so thoroughly and cheerfully as when they do it for conscience’ sake.” I am quite sure that the men and women at the Fed assume, with the best of intentions, that conscience dictates their current course of interfering in the market pricing of all sorts of loans.

The Dangers of Interest Rate Manipulation

This has two significant results:

2) It also steals income away from households and redirects it to other beneficiaries in the financial system.

As to the first, when interest rates are forced lower by contrived means (such as five years of zero percent interest rates and trillions of dollars’ worth of direct asset purchases), the judgment of the lender becomes irrelevant as borrowers receive undeserved credit. Borrowers no longer have to pass the proverbial “sniff test.”

Do you remember working on a group project in school where you did most of the work, but someone in the group who contributed very little received the same grade? That is undeserved credit. For that teammate, life will offer a rude awakening.

This is also the case in the financial markets, where failure can be close at hand but masked by undeserved credit. Lowering rates by contrived means spreads undeserved credit throughout the world of lending (bank loans, bonds, etc.), and ironically saturates the system with risks that no one detects due to the loss of signal. Investors today are like schoolchildren taken to a wild game park who conclude that because there are no fences, the lions must be tame.

Now let us consider the second result. Finance professors can tell you all about “financial repression.” You can sense from the last word, “repression,” which means to subdue something or someone by force, that the phenomenon is not good. Did you know that you are the victim in this process? Did you know that it is a well-developed, abusive practice, and that it is being successfully forced on the American public because the people don’t understand what is happening to them?

Let’s spell it out. If the conspirators can lower rates, they will in effect be able to take interest income that would have accumulated in your bank account. Instead, they will redirect that cash that should be yours to a place where it will become theirs. In the last five years, roughly 400 billion dollars a year would have gone to savers, investors, and those households living on a fixed income; instead, it went to recapitalizing Wall Street financial firms, aka the banks. The Federal Reserve has, in effect, buttered its own bread by taking care of its members (the banks), for which the Fed was given oversight.

Add that up, please. Bernie and Jeffrey destroyed lives by destroying millions. The Fed keeps its good name while having absconded with two trillion dollars in household wealth. That is theft on a scale never before imagined. Don’t hold your breath on prosecution of fraud or theft. Don’t wait for compensation from the offending parties. The mandates for this repression came from Washington D.C. and are maidservant to our government’s desperate need for capital to feed the leviathan and maintain order at any cost.

I grant you that interest rates are not as enthralling as police chases on national television, but I can promise you that, if you periodically consider the yield curve, you can give a better account of stewardship, and better understand the implicit but understated risks you are being subjected to.

What Can We Do?

What can you do you to avoid further crisis and sidestep the crime? You’ve taken the first step already in seeking to understand the times. Your second step is to rethink the truisms you have learned as an adult about investing, such as “bonds are safer than stocks.” Balderdash! There are many times in which bonds have far more inherent risk of volatility and loss than stocks.

Bonds at present represent one of the great financial bubbles of our time—far greater than NASDAQ stocks in 2000 or real estate in 2007. The search for yield (income) by investors has them ignoring risk to insure they get their daily bread (precisely the behavior we saw in early 1920’s Weimar Germany, which experienced hyperinflationary destruction of its economy).

We stand at the end of a 30- to 40-year credit boom, with various central banks, the Fed included, now pressing prices to absurd and unsustainable levels. Recent FDIC reports conclude that most of our U.S. banks are unprepared for rising rates, suggesting that the reversal in the bond market will have negative implications for the entire financial system. Booms lead to busts as surely as night follows day!

Stay Informed and Ready to Act

So how do you shift to neutral? How do you trim the sails a bit and hedge yourself against the dangers of a bond bubble calamity? As the old phrase goes, “a stitch in time saves nine.” Some simple reparative work today (a single stitch) saves you from much more involved reparative work (nine stitches) tomorrow.

By this, I mean removing risk from your savings and hedging the risks that remain. Removing some assets from the system is critical because the system is the entity that is being mismanaged.

Staying informed, as previously stated, is imperative. Trillions have been stolen, with trillions more still at risk. Public confidence is the critical enabler that keeps the crime in motion. If confidence fails for any reason, the charade comes to an end. A generation of savers and investors living on fixed incomes will be wiped out.

That does not have to be you. Engage!

This article was originally published in the
October 2014 Personal Update News Journal.